During the early years helpers from Europe visiting Kirpal Sagar in small groups could be accommodated in simple rooms in the Langar. Since then during the nineties the number of guests from all over the world has increased at a steady rate, so that additional accommodations were becoming necessary.

During the preparation of the World Conference in 1994 a guest house was built according to Western standards. From the guesthouse you can view all the main facilities surrounded by beautiful parks and gardens. 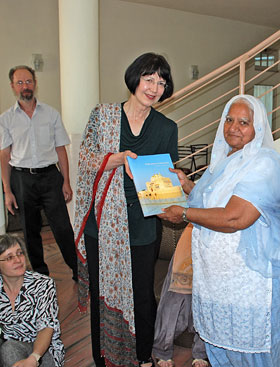