"If Mother Earth is sick, how can the children survive?" – In November, the first seminar on rural ministry was held in Kirpal Sagar.

The main topic was organic agriculture. Various experts from India, an organic farmer from Austria and a speaker from Germany spoke. An accompanying exhibition illustrated the broad scope of the topic.

Between 10.30 and 11.00 the visitors came and visited the exhibition stands. From concentrated feed for cattle to agricultural products such as vegetable oils and pickled fruits as well as organically produced pulses and spices, various things were presented.

The nursery sold plants, decorative articles and seeds and the carpentry of Kirpal Sagar exhibited wooden furniture, in addition soap and washing powder from Kirpal Sagar could be purchased. In addition, a small stand showed traditional agricultural objects from the Punjab. Also interesting was a large book bus from Delhi, sponsored by the Ministry of Education, which offers books for lending as well as for sale. There were mainly children's books, from picture books to natural science textbooks, in Punjabi and in English, as well as books on Indian history and tradition. 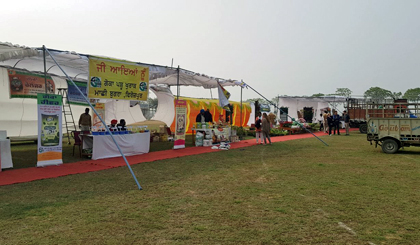 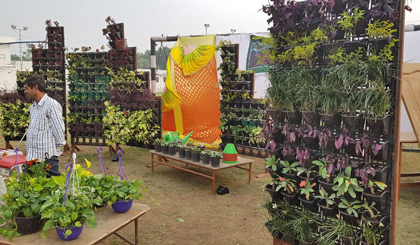 The panel was made up of qualified experts from research, for example from the research department of a university in Ludhiana, and representatives of agricultural practice. 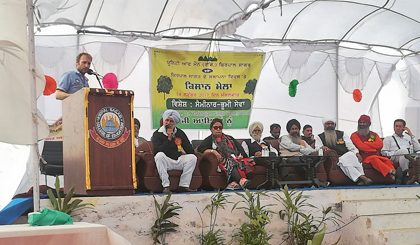 All speakers stressed the need to protect the soil, reduce chemical fertilizers and pesticides and respect and use nature's cycles. In nature, one creature feeds on another, and one cannot work against the laws of nature in the long run. It was agreed that environmental toxins are a major problem for human health and that urgent action is needed.

The scientific side cited findings on the availability of nutrients and minerals in the soil, on the circulation of oxygen and on the effect of agricultural practice on the quality of water.

Monocultures and the handling of pests in organic farming were also discussed.

In practice, several farmers confirmed that the soil has better values and even higher harvests are possible with long-term organic farming. An Indian farmer who has cultivated sugar cane for many years described very clearly that the plants yield more if they have sufficient space and are well supplied by the soil. He had sown less seed than other farmers and had still reaped a higher harvest.

The Moringa cultivation in Kirpal Sagar was introduced and it was emphasized that the soil on the fields which have been organically cultivated for 3 years is today already free of pesticides and heavy metals. Other crops could also be cultivated there. In addition, water is saved in organic farming. The spokesman made it clear that organic, sustainable arable farming is necessary in order to provide a healthy diet for all people in the world. "Good, nutritious food is our medicine".

The organic farmer from Austria presented the example of his organic dairy farm with cheese production and described the challenge of maintaining the soil in such a way that it always produces the same high yield in the long term. The remuneration per litre of milk is no higher than in India, but the wage costs are 50 times higher. In Europe, it is therefore very important for farmers to network in order to be able to market the products at a reasonable price and negotiate at eye level with trading partners. And that certainly applies to India as well. After about 30 years of organic agriculture, today we see how important it is to think globally and act regionally. Everyone should be able to produce healthy food in their own country.

Career prospects for the young generation through organic farming

A further focus, which several speakers impressively described, was the professional perspectives for the young generation. Today, many young people from India want to go abroad because they expect better career opportunities there. Modern agriculture offers great potential for qualified people. The Punjab is considered to be India's breadbasket and one of the most important agricultural regions, and it offers great development opportunities. One should value the potential in one's own country.

A former politician from Nawanshar addressed the audience with moving words, how pleased she was that the work of Bhaji and Biji in Kirpal Sagar was continuing to develop and spread internationally. She said that she had the opportunity to spend some time abroad. She came back to promote development in the Punjab because she loves her country. When she asks the students what their parents do for a living, many say that their parents work in agriculture. However, they themselves want to become engineers or doctors. She appealed to the young people to look for qualified jobs in modern agriculture in Punjab and to seize their professional opportunities here.

A young IT engineer who studied in Canada has also returned to the Punjab to share his knowledge of digital communication, marketing and process control in agriculture. He himself is an example for the young generation of how the skills acquired abroad can be used in their own country. In particular, he addressed the students to bring their skills to bear here.

In general, the first agricultural seminar in Kirpal Sagar was a positive one because the interest and the need for exchange were high, the topic is very important and Kirpal Sagar can serve as a decisive role model here.

“As far as service to the land is concerned, there is a guideline that says:
to let a blade of grass grow is more valuable than other patriotic endeavors".

How to stay in Kirpal Sagar 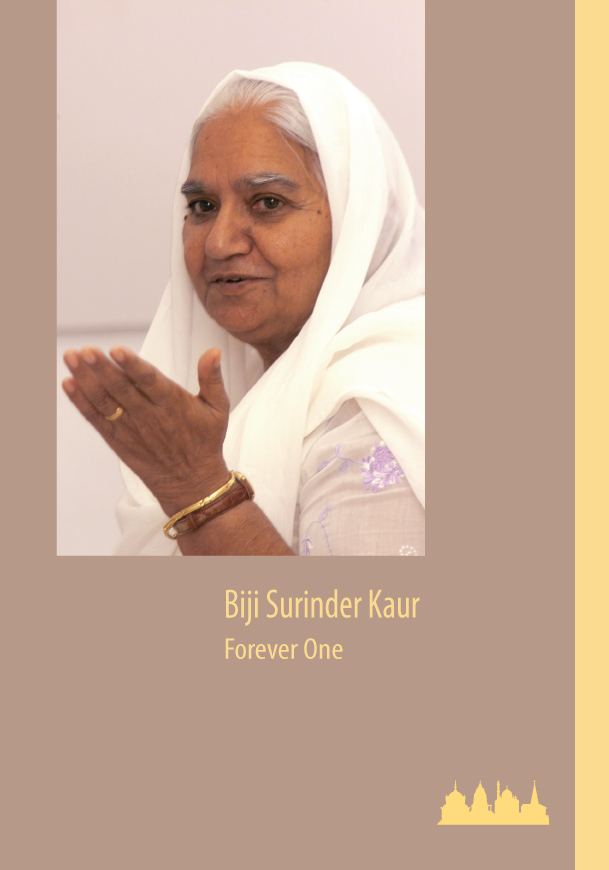 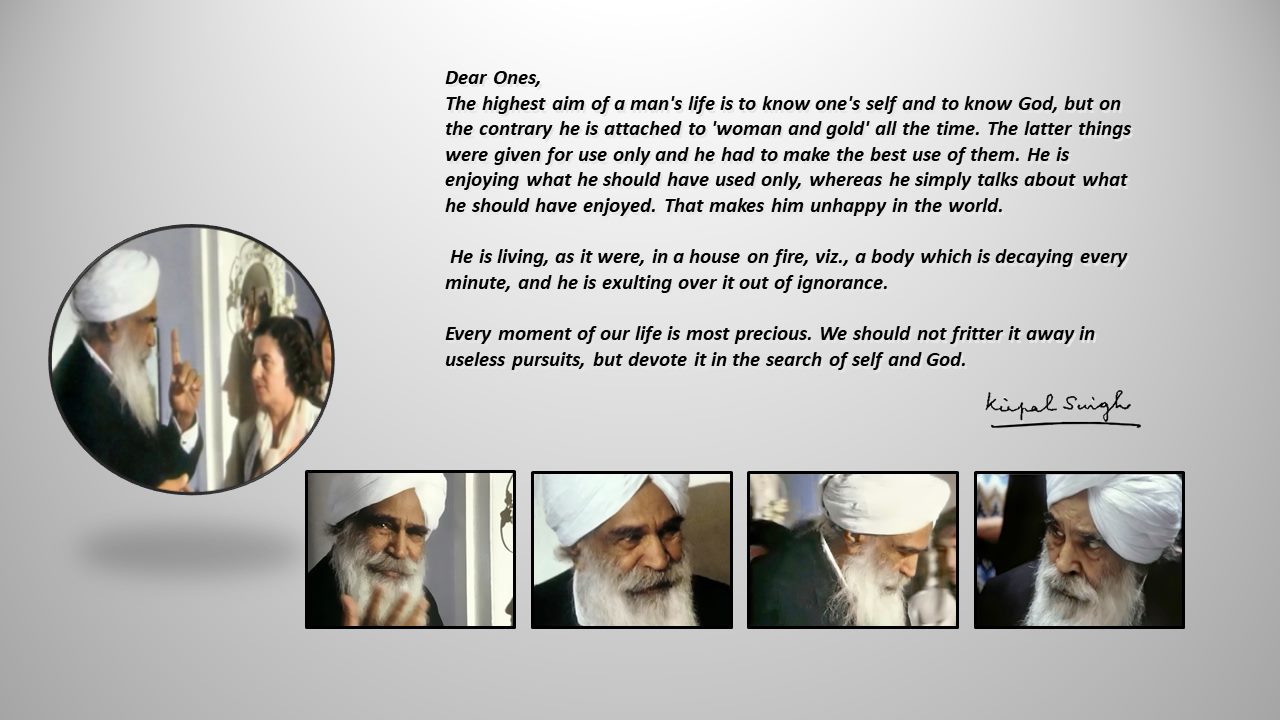 Basics of the Teachings

Glimpses of the Oceans‘ Grace – Love and Devotion

"Glimpses of the Oceans‘ Grace" contain excerpts from talks by Sant Kirpal Singh and Dr. Harbhajan Singh underlined with scenes of Kirpal Sagar.

The Kirpal Sagar Charitable Hospital from above

The Charitable Hospital in Kirpal Sagar - a first approach from above, from a bird's eye view. See the hospital as it is today and get an impression of the further developing steps.

Links, to know more about the charitable work of Kirpal Sagar:
https://ks-plus.org/en/
http://help4life.org

This powerful Dancing Group is a part of a Cultural Heritage Program supported by Mrs. Sarbjit Mangat, a well-known actress and singer in India.

It was presented at the Kirpal Sagar Academy on February 4th 2019 during the 125th Birthday Anniversary of Sant Kirpal Singh Ji.

TV-Documentation about the Kirpal Sagar Academy

Here you can see a TV-Documentation about the Kirpal Sagar Academy
(in Punjabi-Language):

Here you can download an annual report about the cultural, social,
charitable and medical activities in Kirpal Sagar from 2017 to 2018

Together we can change the world

The Kirpal Sagar Academy, supported by K.H. Public School, had prepared an impressive programme for the 125th Birthday Anniversary of Sant Kirpal Singh on February 4th.

Here a video of the grand finale: “Together we can change the world”

God is a being and this being is you! - Video