The Father’s Home home was opened in 1994 during the second World Conference on Unity of Man held in Kirpal Sagar.

Due to the prevailing poverty, many elderly people in India, although loved by their families, do not have a pleasant life. So the old people's home is urgently needed now. The old people, with their life experience, will be able to bring in their advice and so they will help each other. They have also learned certain professions. If they are able to guide others, they can be an invaluable help to unskilled people working on the project.

It will be possible for them to deal with the meaning of human life and to understand even in old age what they could not understand before. In this way their lives can find a peaceful and gentle end.

Those who want to serve them selflessly have the opportunity to do so here. From the various activities of the project they can look for an occupation that suits them. In this way they can find fulfillment in service to their fellow human beings and live carefree in an atmosphere that is completely oriented towards their physical and spiritual well-being.

Here is a report by Dr. Harbhajan Singh about an elderly couple living in an old people's home:

They had five children who were wealthy but did not take care of their parents. Some time later the mother became ill and wanted to see her children. They came only after ten days. The mother was in a very precarious condition. When the children came, she was very loving to them, and when they left again, she left the body. We took care of her husband and asked where we should take his wife's body. He cried: "If we had at least one son to take care of us, we would never have wanted to come here. We have no one. Arrange all the formalities for us."

According to the rites (of her religion) her body was burned and then we drove to Hardwar, where her remains were given to the Ganges. We asked the relatives: "Would you like anything else? They wanted the Ramaina to be read. I agreed and so we got four people from Amritsar who were familiar with reciting the Ramaina. The relatives asked us to attend as well and so we attended all the ceremonies. Many Yogis, Rishis and Munis also came. Back in Amritsar, the relatives said, "There are many who talk about unity, but if you want to see unity, go to Kirpal Sagar. So Sant Kirpal Singh's teaching and the name Kirpal Sagar became widely known.

The one no one wants, Sant Kirpal Singh Himself wants. He said, "Well, if no one wants him, I want him." He who is helpless is helped by the power of God. 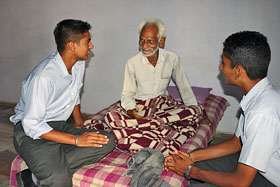 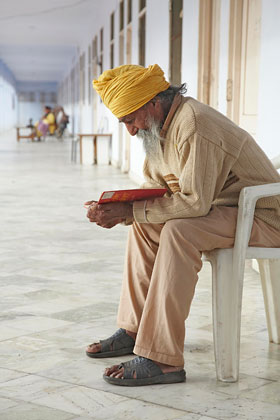